Game Duchy has announced that the next collaboration event to come to hit mecha battler Iron Saga will feature the classic Japanese anime Dangaioh. Players will be able to participate in a 7-day log in event, earn special rewards and unlock the Dangaioh mech for their collection.

Following the iCEY collaboration event, the newest collaboration to hit Iron Saga will be featuring Dangaioh. Originally released in 1987, Dangaioh featured designs by Toshiki Hirano and Shoji Kawamori. Beginning April 2 - 30, players will be able to participate in four different event stages to earn event-themed currency to unlock items, fragments, and a themed mech. By participating in the event stages players will earn bio-metal which they can exchange for Dangaioh shards at the event store.

The Dangaioh mech, which arrives from the outer universe possesses different structures than those of the existing mechs in Iron Saga. Soaring into the Iron Saga universe the Dangaioh mech first appears to have no pilot and indeed is discovered to be driven by mind power. Players will be able to permanently unlock the Dangaioh mech for their collection after earning 30 shards and exchanging them at the event store. 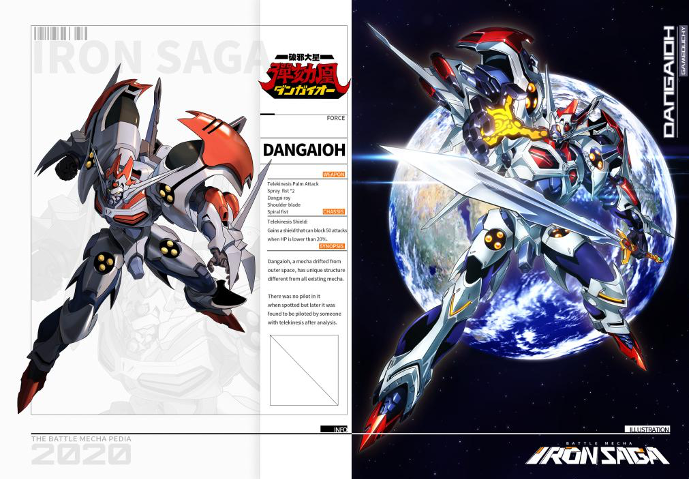 From April 2 - 9 players will also be able to participate in the 7-day login event. By logging in each day players will be able to earn bonus rewards. In addition to the mech, players can also enjoy bonus chests from April 9 - 16 and loot gift boxes, stamina potions, jamming devices, diamonds, primal energy cores and more during the event.

Players can start their career as a mech pilot by downloading Iron Saga for free on the App Store or Google Play and participate in the Dangaioh Collaboration Event beginning on April 2. To stay up to date with the latest events in Iron Saga join the official Discord. For more information on Iron Saga visit the official site here.